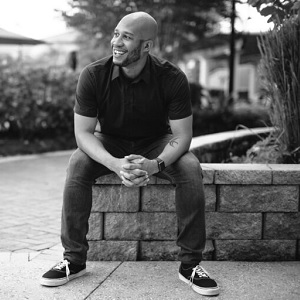 We all live by a set of unwritten “money rules.”

These guide the decisions we make on how we spend, save, earn, and invest.

But are your rules really serving you?

In this episode, we’re looking at 10 “unconventional” money rules. These are suggestions that hopefully spark some introspection and conversation.

Because the “conventional” wisdom clearly isn’t working for a whole lot of people!

To help me talk through these is Rich Jones. He’s the host of the award-winning Paychecks and Balances podcast, which is all about helping you navigate your finances and career.

Rich is a frequent speaker at both podcasting and personal finance events. More impressively, he’s done it all on the side from his day job.

Tune in to hear why:

All that, and more “unconventional” financial wisdom coming at you!

1. Sometimes Your Job Is Your Best Side Hustle

If you’re in a position where you’re earning hundreds of dollars an hour for your day job or you have the ability to pick up extra shifts, it might make sense to just bill more hours at your job.

This is the position Rich is in himself. He would like to make his side hustle his full-time income in the future, but he likes his day job and is happy to use it for “investment income” to finance his side hustle.

He also finds this is the situation a lot of other people he meets are in. Especially those in Silicon Valley where he works and salaries are high.

“I generally believe that everybody doesn’t need to be an entrepreneur. There are a lot of people who are really enjoying their careers,” Rich told me.

There are 3 traditional paths to financial independence or early retirement:

For someone with a high-paying job, traditional investing might be the fastest option — if you can avoid the lifestyle creep that often comes with a high salary.

2. Sometimes the Perks and Benefits Are Worth More Than the Salary

The dollar amount of a salary is important, for obvious reasons. But Rich said sometimes the perks and benefits can make a huge difference if you’re able to take advantage of them.

Rich lost one of these perks recently, and he’s noticed it on his bottom line. He was eating most of his meals at work, however since being forced to work from home due to the pandemic he’s out a few hundred bucks a month.

3. Not All Dollars Are Equal

This one reminded me of an old Facebook post that Mike Newton made, which said something like, “Is it weird I’m more excited about making $5 passively than I am about making $5000 actively?”

I know that I value the dollar I directly worked for more than the one I earned “passively.” Rich feels the same way, too.

Rich said he did a consulting gig a while ago helping someone get their podcast launched. He put the money he received into an account and hasn’t touched it since.

“I spent so much time working on that project and really putting my effort in on it, that I just want that money to sit there. I think twice about spending out of that account,” Rich told me.

He also said he feels a lot more excited about making affiliate commissions, even if it’s 5 bucks.

“There’s something about the fact that I woke up and this money was in my account,” Rich said. It’s a feeling all affiliate marketers have felt, despite a dollar still being a dollar.

There is a misconception that buying is always a better decision financially than renting. This isn’t always the case, and Rich and I are both renters for this reason.

One of the reasons he’s renting is because the average home price where he lives is in the low millions. But another reason is that buying “doesn’t fit” his lifestyle either.

Rich wants the flexibility to be able to move if he wants, even if that means breaking a lease. Which will be less expensive than selling up and buying again when he moves.

There’s a cool calculator on the New York Times if you want to work out if you’d be better off renting or buying a home. It takes into account the cost of the home, how long you intend to stay there, and tons of other details.

Something else to also factor in, if you’re working a day job and busy with your side hustle on evenings and weekends — you don’t have to spend your time and money doing home improvements if you’re renting.

5. The So-Called “Best” Financial Decision Might Not Be Right for You

You have to be careful listening to the “best” financial advice, as it might not always be the right advice for you.

An example of this is whether or not you should pay off your mortgage, or invest that cash instead. The thought of being debt-free is great, but with most mortgages being around 3%, is it really the best use of your money?

6. Luxury Doesn’t Have To Be Expensive

Growing up, I was conditioned to think “luxury” meant certain brands, fancy hotels, high-end appliances, and so on.

I’ve learned since then, however, that luxury doesn’t always have to be expensive.

There’s a quote in Tools of Titans by Tim Ferriss that really stood out to me:

“Luxury to me is feeling unrushed.”

Rich agreed with me on this. He admitted he likes nice things, but looks at luxury as being smarter with his time and money, not spending money on expensive brands.

An example he gave is that he pays more to live in a managed apartment complex with newer appliances to avoid the headaches he’s had with previous apartments.

He also chose an apartment that was closer to his place of work. This was saving him 20 hours a month in commuting time, which is 20 hours more he could spend working on his business.

That’s a luxury that’s hard to put a price on.

Rich uses an app called Digit. This is a savings app that uses AI to find opportunities to save you a few dollars here and there.

The app then moves that money into another account to save it for you, often without you even noticing. Rich said he’s found as much as $2,000 in his savings account while using the app, without even noticing the money was “missing”.

It was free for a while but now costs $2.99/mo. Rich said there was an outcry from users when the fee was implemented, but knowing that simply using the app saves him more than $2.99 per month, it’s an easy decision for him.

8. If You Have a Car Payment, You Bought Too Much Car

Don’t finance a depreciating asset! Unless you’re on zero percent interest note, I think you bought too much car. Rich admitted he financed a car before, but he knew he was going to pay it off well in advance.

Rich explained that growing up he saw his parents building up debt and making minimum credit card payments. So, he started out doing the same when he was younger.

He’s at a different stage in his life now though. Rich said if he buys a new car, he will only do so when he can pay cash.

“I don’t want any debt at this point in my life, or in the near future,” Rich told me.

9. The Price of Your Car Shouldn’t Be More Than Your Monthly Income

Unless you’re using your car for work or to impress clients, it’s just transportation. You can get a perfectly nice and reliable vehicle for a price way less than a new car.

Let someone else have the steepest part of that depreciation curve.

Putting all your savings into a high yield savings account isn’t going to give you the return it did years ago.

Saving a few bucks on a purchase, extreme couponing, and skipping lattes also are not going to help you generate wealth.

What’s going to generate wealth is additional income you make through your side hustle, investing, and other avenues, Rich explained.

It’s about finding a balance. You need to be happy, while not sweating the small stuff.

The bottom line, however, is that there is a limit to how much you can save, while your earning potential is limitless.

While on this topic, Rich said he always recommends people have at least a months’ worth of expenses in their checking account as an emergency fund.

What Are You Working on These Days?

Rich took a break from podcasting over the summer. He’s getting ready to go with the fall season now and has also been thinking about content for the winter season.

He’s also been working on a couple of course-related things. You can find everything Rich has been working on or has planned over at PaychecksandBalances.com and he’s also active on Instagram.

Rich’s #1 Tip for Side Hustle Nation

“Do what works for you.”