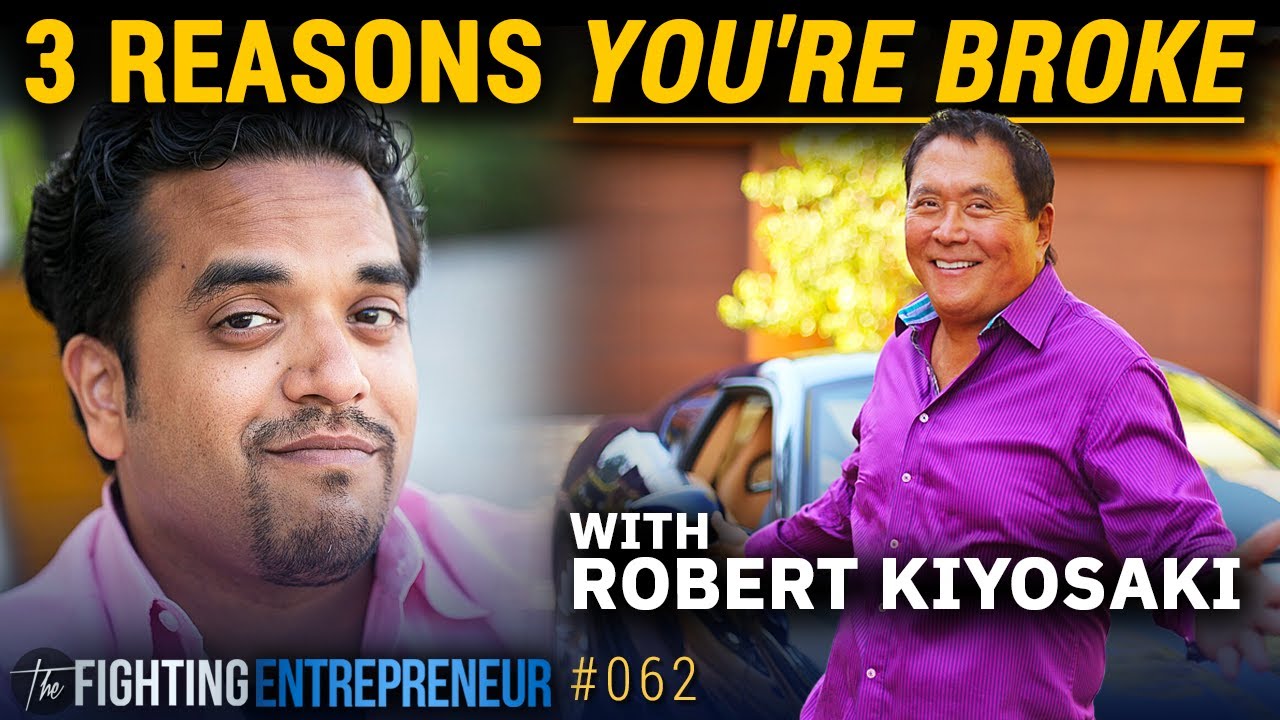 In this episode, I sit down with the legendary author of Rich Dad Poor Dad, Robert Kiyosaki, to discuss the 3 things keeping you broke that the government doesn’t want you to know about.

Robert will discuss how to predict what will happen next in the current market, and the importance that gold plays in the economy. He will also discuss his new book FAKE.

Anik got his start in the online scene back in 2003 from his college dorm room.

Ever since then he’s gone on to build 6 successful companies, launched 22 top brands, generated over $250 Million in sales, and taught over 250,000 students worldwide – how to start, grow, and scale a successful online business.

As the founder of Lurn, Inc.,

Anik Singal’s passion is in creating dynamic online classroom environments that teach people how to enhance their business, financial, and personal lives.

Anik has been voted one of the Top 3 Young Entrepreneurs by BusinessWeek Magazine. In addition, his company earned the prestigious Inc. 500 Fastest Growing Companies in America two years in a row.

From struggling for 18 months when he first started, then successfully building his business to over $10 Million a year.

Then losing it all and falling to $1.7 Million in debt and almost declaring bankruptcy.

Bouncing back and generating over $10 million in 16 months, paying back all of his debt and he hasn’t looked back since.

Anik is a dreamer. A thinker. A fighter. Most importantly, Anik is a teacher.

His immediate goal is empowering 1 Million Entrepreneurs to live the life of their dreams by the end of 2019.