Skip to content
Home » Graphic Design and The Creator Economy 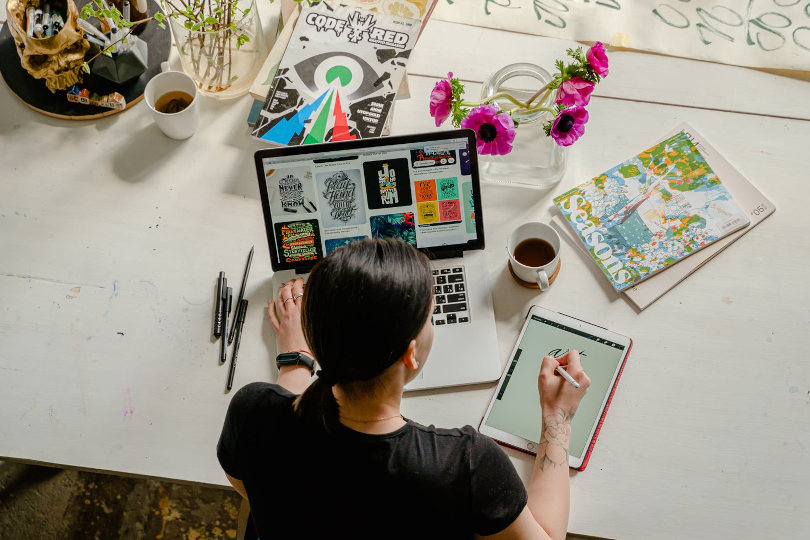 Graphic Design and The Creator Economy

The business world is constantly evolving, and terms that are popular for decades often fade away and are replaced with new labels and phrases that speak to the next generation. One term that has gained traction in the last decade is, “creator.”

Like “influencer,” it is a concept that didn’t even exist 10 years ago, but today has risen to become an integral part of business and marketing lexicon. This next generation of media, entertainment and advertising content creators has fueled the explosion of the Creator Economy. They are self-made and often have immense social followings that rival the biggest brands and celebrities. They have cemented their role as a critical part in today’s economy, by appealing to the human affinity for esthetics and speed, depending heavily on graphic design, as it is essential to drive their long-term success.

So, what is a creator, and why is it such an important role in today’s decentralized economy?

The Rise of The Creator Economy

Until a few decades ago, people who wanted to make music, commercial art, videos, and other content at a professional level needed to be part of large organizations that had the infrastructure and tools to support their work. All you need to do is look at pictures of recording studios from the 1960s and 70s to see that making an album required hundreds of thousands of dollars of specialized equipment, which was clearly outside the budget for even the biggest stars.

Today, top selling albums are literally being recorded in bedrooms on laptop computers, and musicians are able to sell their songs through platforms such as Spotify and Apple Music without needing to press albums and print CDs.

This shift is the essence of the creator economy, where power is shifted from organizations to individuals. Artists, writers, and musicians can become their own brands and leverage social media to understand exactly who their target audiences are and what to deliver.

The creator economy is an ecosystem that gathers vloggers, gamers, photographers and even startups to share their passion through digital media on a deeper level directly to consumers. That only does this democratize the creation of contact, but it has fundamentally rewritten the rules on the business side of the equation.

Successful creators don’t need to rely on “middlemen” in any aspect of their operations. They manage their own social accounts, control their own subscription services, create, and sell their own merchandise, and even manage payments without the involvement of third parties. This level of control would have been unimaginable even a decade ago, but by 2024 the number of creators is expected to explode to nearly 400 million people.

One of the downsides of the creator economy is that it is extremely difficult to cut through the clutter. There are literally tens of millions of songs on Spotify, which makes it hard for new artists to get recognized and gain a following. That’s where having a creative approach to marketing and branding is essential. And unlike 20 years ago, when a marketing agency would have handled all of the publicity and branding work, today the responsibility falls on the shoulders of the creators themselves.

Unfortunately, being a great musician doesn’t necessarily mean that a person is a great marketer.

The Good News is…

…that there are plenty of tools to help creators build their brands and drive revenues. One of the biggest is the advent of professional design services that allow everyone from vloggers to fashion influencers to create high-quality brands that can compete and gain traction in the global market. For example, a startup candle brand can create striking logo, labels for their products, merchandise to supplement their core SKUs, and a strong digital presence.

You don’t need to be a Fortune 500 company to look like one! In fact, you don’t even need to be a full-time creator to build a top-notch brand. But having the right tools in place empowers creators to make designs they are passionate about, and that are compatible with major ecommerce platforms such as Shopify, Etsy, Merch by Amazon and personal platforms.

There is no single magic button that is going to turn a YouTuber into a global star or make a musician into a household name. But by leveraging advanced tools that allow them to build their identities – and their businesses – creators I have the ability to play on the same field as large, global brands.