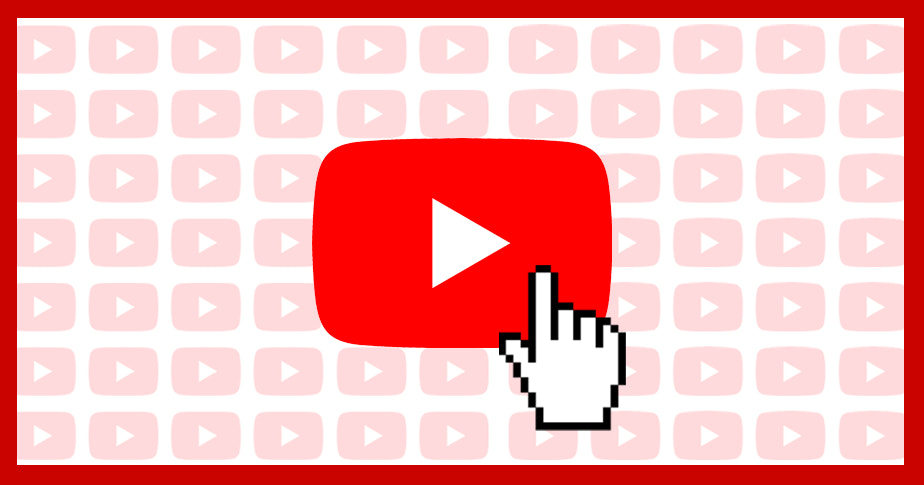 Many video creators, whether professional YouTubers or brands on YouTube, regard the YouTube algorithm as a complete mystery—a higher power that rules over their view counts, completely outside of their control.

They believe there’s no understanding how the YouTube algorithm works. It’s one of the platform’s most carefully guarded secrets, after all.

In a research paper published in 2016, a group of Google engineers shared their plans for how videos could be surfaced through YouTube’s recommendation engine for a better user experience.

While it didn’t garner much attention at the time, it bears a lot of relevance to the YouTube of today since, according to YouTube’s Chief Product Officer, 70% of YouTube views now come through this recommendation engine.

Much of the discussion about getting views on YouTube focuses on YouTube SEO, social media promotion, and getting subscribers. While these contribute to the discovery of your videos, alone they don’t unlock the lion’s share of views you stand to gain from YouTube’s recommendation engine (via YouTube’s homepage and “recommended for you” suggestions).

If you want to get more video views in the long term, you need to understand a few things about how the YouTube algorithm works in 2019.

In this research paper published by Google engineers Paul Covington, Jay Adams, and Emre Sargin, they break down the signals they use to rank videos for YouTube recommendations:

The first three signals are the only ones you can influence directly. The rest depend on factors outside of your channel in order to personalize the recommendation.

These Google engineers even state that their final ranking objective is “generally a simple function of expected watch time per impression. Ranking by click-through rate often promotes deceptive videos that the user does not complete (‘clickbait’) whereas watch time better captures engagement.”

Some might interpret this to mean that optimizing for click-throughs will get you penalized by YouTube, but that’s a huge misunderstanding.

YouTube is only penalizing bait-and-switch tactics—overpromising before the click and delivering disappointing content after it. Click-through rate is still as important as ever. You can’t generate a lot of watch time for YouTube without getting clicks first, after all.

You can even see these priorities reflected in YouTube Studios: YouTube’s new analytics dashboard.

Under the Reach Viewers tab, you can see the following metrics, which together illustrate YouTube’s new emphasis on click-through rate and watch time:

Rethinking “clickbait”: The relationship between click-through rate and watch time

Over the past few years, you’ve likely seen articles about YouTube’s war against clickbait as the platform was flooded with misleading video thumbnails and exaggerated titles trying to game the algorithm.

As a result, the pendulum swung towards watch time as the key signal for ensuring the quality of a video. Many YouTube creators reacted by abandoning the tactics that helped them capture attention while competing against the hundreds of hours of video content uploaded every minute to YouTube.

Only that didn’t work either.

In a Q&A about prioritizing signals in the YouTube algorithm, one of the same Google engineers from the aforementioned paper admitted, “It’s constantly a struggle, because mostly you’re combating abuse at the same time. So if you optimize for click-through rate you get clickbait, and if you optimize for watch time, you get incredibly long videos.”

If a video has a high click-through rate but generates low watch time, then it’s clickbait without a doubt. But if attention-grabbing thumbnails and titles get people to click through and watch your videos, then that’s not only fair in YouTube’s eyes—it’s ideal.

And that brings us to the crux of my point: If you want to get more views through YouTube’s recommendation engine, you need to optimize your channel and your videos for both click-through rate and watch time.

1. Stick to a consistent premise or format for your YouTube channel

Most great YouTube channels or series can be summed up in 5 seconds:

On the flipside, many YouTube channels struggle to gain traction because they treat their YouTube channel as a place to upload all their video content, rather than as a home for a consistent video series.

Consistency is the foundation for success on YouTube—without it, you might be able to capture attention, but you won’t be able to keep it.

YouTube channels that find their consistency are able to sustainably grow their subscriber base and viewership because it makes it easier for people to decide to watch more of their content and subscribe to their channel.

The First We Feast channel embodies the kind of consistency we’re talking about—celebrities eating food—with multiple series that are essentially variations of the same premise.

Below, you can see how this consistency feeds their subscriber growth over time. Whenever a video is lucky enough to “go viral”, it actually has a better shot at converting each fleeting viewer into a lasting subscriber because of the stickiness of the premise and the consistency they can find across the rest of the channel’s content.

If you want to deviate from your core premise, it’s best to do it on a separate YouTube channel to avoid undermining your own efforts. First We Feast, for example, is owned by Complex, which has a very different focus and audience. The channels are connected under the Featured Channels tab, but otherwise, they don’t really intersect.

2. Feed the recommendation engine with other sources

Newer YouTube channels can’t rely on the recommendation engine to drive all their views.

Recommendations, after all, are mostly based on how viewers have viewed and interacted with your videos in the past. YouTube needs data to base the recommendations on and there’s no data without people watching your videos. So exercise all the usual efforts to promote your videos, such as:

But above all, focus on YouTube SEO and getting more subscribers, not only to garner video views over the long-term but also because what a user repeatedly consumes on-platform and what a user subscribes to are key signals that the YouTube algorithm uses to make personalized recommendations.

In the paper, the engineers note that “the most important signals are those that describe a user’s previous interaction with the item itself and other similar items… As an example, consider the user’s past history with the channel that uploaded the video being scored—how many videos has the user watched from this channel? When was the last time the user watched a video on this topic?”

If you can get a new user to continue watching more content after clicking through to one of your videos, you can increase the chances of your videos getting recommended to them the next time they open YouTube.

3. Create thumbnails that get clicked

We’ve established that click-through rate is still important and that YouTube prioritizing watch time is simply a countermeasure against low-quality clickbait.

So now let’s talk about the elephant in the room—improving your clickthrough rate—using two great sources of inspiration for clickable thumbnails: YouTube’s trending videos tab and Netflix.

Have closeups of emotive faces or action shots

Look around YouTube and you’ll see no shortage of highly expressive faces on video thumbnails.

According to a study by Netflix about the performance of artwork on the platform, “emotions are an efficient way of conveying complex nuances. It’s well known that humans are hardwired to respond to faces—we have seen this to be consistent across all mediums. But it is important to note that faces with complex emotions outperform stoic or benign expressions.”

One of the earliest trends also noted by Netflix, which is worth carrying forward to your own thumbnails, is that an image’s tendency to win against others dropped when it contained more than 3 people.

If you don’t have emotive faces in your videos, you can also use thumbnails that convey action to elicit an emotional response, like the SlowMo Guys.

Follow the “rule of thirds” to compose your thumbnail image

The rule of thirds is a simplified way of achieving the “golden ratio”, which studies have shown minimizes the amount of time it takes for our brains to process an image.

This image composition guideline suggests that you position your point of interest not in the center of the image, but in the first or last third of the frame.

While it’s more of a guideline than a hard-and-fast rule, designing your thumbnail in this manner lets you draw the viewer’s eye to the most important “message” in your image.

Add text to your thumbnails

According to a 2019 study by Sandvine, YouTube now accounts for 37% of all mobile traffic on the internet. That also means a fair segment of your viewers will see your videos on a mobile device.

The prominence of your thumbnail relative to the title makes it almost guaranteed that the user’s eyes will be drawn to the thumbnail of your video first. And then, if they find the image compelling enough, will they read the title.

So why not add some text to the thumbnail to help viewers make up their minds?

The text can be the title of your video or even just a handful of words that are related to its hook. Whatever you choose, if over a third of your viewers are used to “reading” thumbnails on mobile, make sure your own thumbnails can communicate what your video’s about even without the title.

If you look at the trending tab on Youtube, you’ll notice many of the trending videos have optimized their “first impression” by using the tactics we’ve outlined above.

YouTube thumbnails can be very similar aesthetically, and so making it easy for viewers to spot your videos at a glance increases the chances that they’ll be clicked on by people who are already familiar with your content.

If you have a consistent format for your YouTube channel, consider branding your thumbnails to differentiate them from other recommended videos.

Anyone familiar with Great Big Story, for example, will instantly recognize their logo mark on YouTube.

Getting people to view your videos is one thing. Getting them to actually watch a video all the way through is another.

Luckily, you can improve your video completion rate (and earn more watch time) by building this objective into your video creation process:

5. Encourage binge-watching on your channel

You can also optimize for watch time at the channel-level by employing strategies involving video consumption and consistency.

Beyond having a focused premise for your YouTube channel—which is arguably the most important factor—some other ways you can make it easier for viewers to watch more of your content include:

Cards can be used to lead viewers further down the rabbit hole of your YouTube channel.

As YouTube’s algorithm changes, one thing remains the same

YouTube’s algorithm has changed a lot over the years, each time leaving creators and brands scrambling, wondering why the methods that they once relied on aren’t working anymore.

But even as the YouTube algorithm evolves, keep in mind that the platform’s goal remains the same: Get more people watching and engaging with more videos on YouTube. And that’s not all that different from yours.