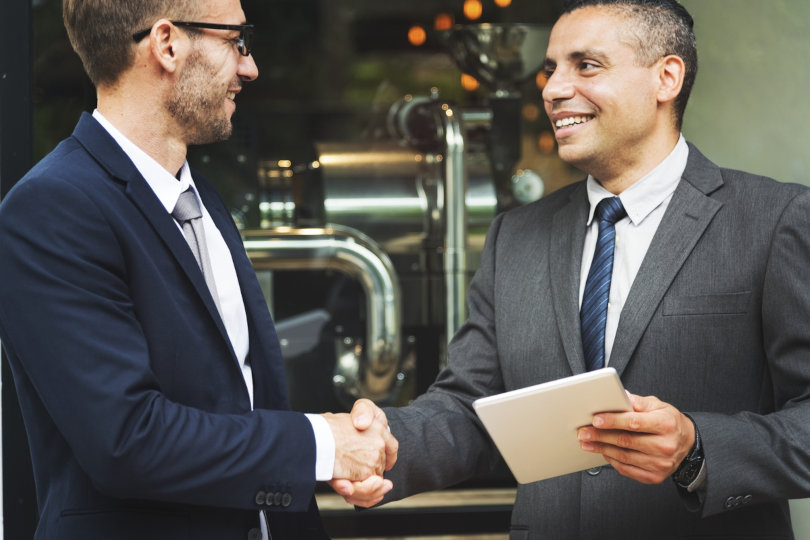 Know Yourself and Renegotiate

This article was written with the help of Jessie Lancaster and Richard Woodward.

Renegotiations are an unavoidable fact of commercial life right now. Instead of giving into fear, face them with confidence by first knowing yourself, and then refreshing on some key negotiation principles.

You don’t need us to tell you the world is changing. The global pandemic that’s been rumbling on for the best part of two years is serving up change, and its close relative uncertainty, in spades. It’s easy to see how with this as our new reality, our response to commercial challenges may default to a basic, combative “you versus me”. Issues become adversarial, barriers go up, and our unconscious reaction is to batten down the hatches.

But while understandable, that will neither yield optimum value nor result in the most fruitful and creative long-term partnerships. There is a pressing need, now more than ever, to get collaborative and renegotiate. And so the question we are posing to our clients is, how do you shift from this mindset of “you versus me”, to “you and me versus the problem ” The immediate answer is to be aware of the issue. Only then, when we are (in The Gap Partnership parlance) “ consciously competent”, can we look to transition our behaviours and approach to a more constructive, mutually beneficial place. But where to start?

The first step is to identify your inherent negotiation archetype – your persona, if you will, that shapes your own, unique approach and style.

We have identified three negotiation archetypes: The Architect, The Diplomat and The Deal Make

The Architect solves problems by changing the shape of the deal, reframing and approaching it from a different angle. Expressing your Architect persona means understanding the priorities and analytically evaluating “worth” for both sides of the table.

Architects use creativity and mathematical logic to construct sequenced proposals that either build value, or trade long-term, less tangible value with short-term distributive variables to overcome the deadlock.

Pitfalls to watch out for…a strong Architect can:

The Diplomat manages the human at the other side of the table. They have high levels of emotional intelligence and perceptiveness and good instincts. They stroke egos and provide the symbols of success by offering large amounts of satisfaction to gain agreement.

The Diplomat is sensitive to the climate and maintains warmth without being disingenuous. They have a gift for oiling the wheels of the negotiation, and through sophisticated open questioning, they trade information seamlessly. They fluidly use reciprocity to the point where the other side is unaware they are in a negotiation.

Pitfalls to watch out for…a strong Diplomat can:

The Deal Maker is assertive and tenacious, in control of their thinking and focused on the deal potential. They are the master craftsman, an artisan who understands the effect of anchoring proactively takes the analytical recipes developed during planning, and articulates proposals that motivate the other side toward acceptance through listening and questioning for priorities.

They are relentless in seeking agreement and will have many proposals pre-prepared to find a way through lethargy, confusion, and deadlock.

Pitfalls to watch out for…a strong Deal Maker can:

Once you have identified which archetype – or blend of archetypes – best represents your negotiation style, and you are aware of the pitfalls as well as the strengths, then you are ready to tackle the commercial, pandemic-driven imperative of renegotiation.

The Principles of Renegotiations

Successful renegotiations make use of these of many principles.

The first of these is proactivity – which means thinking ahead, planning and adapting behaviour accordingly. Look for any precedents that might have been set. How did you behave when there was a shift in your favour, and how might that influence your counterparty to respond when the shoe is on the other foot? Make like a Diplomat and think about the behaviours you want to exhibit considering the law of reciprocity – and don’t be surprised if your prior approach when the balance of power was in your favour is precisely how your counterparty behaves when the tables turn.

Second, you need to find the confidence to renegotiate. This is related to power; when we perceive ourselves to have power, our confidence peaks. Since power can be borne from information, the more you know about your counterparty, your contract, your market and the economy, the more powerful a negotiator you will be.

Channel your inner Architect and use research to build tenacity and confidence ahead of a renegotiation through gathering information about the circumstances and key stakeholders involved.

The third principle is around your approach to risk. You cannot prepare for every eventuality but, like a seasoned Deal Maker, you can build a deal that strikes the appropriate balance between security and flexibility.

Think carefully about the risks that lie within the deal structure and assess if this served its purpose. What would you do differently if you could have predicted your current circumstances?

Consider challenging everything: the norms, process, levels of approval, and variables considered. Understand that everything is up for renegotiation, even if the contract was signed three months ago.

Last but not least is the principle that should underpin any renegotiation: total value. In truth, you will likely be back at the table because of one or maybe two variables at most, but the reality is that all variables have the potential to be back in play. The answer to your renegotiation may therefore reside in a separate area of the value proposition, perhaps something that wasn’t even in the original deal.

This is where the Architect can shine, by going back to the drawing board and introducing new value opportunities if appropriate.

So, when it comes to the inevitability of renegotiations, resist the urge to retreat and rescind or evade and entrench. Instead, get wise to your negotiation archetype. Then use it to your advantage – or at least be alert to it becoming a disadvantage – and follow our simple five-principle guide to renegotiating for success.

Change and uncertainty? Bring them on. We’re ready.