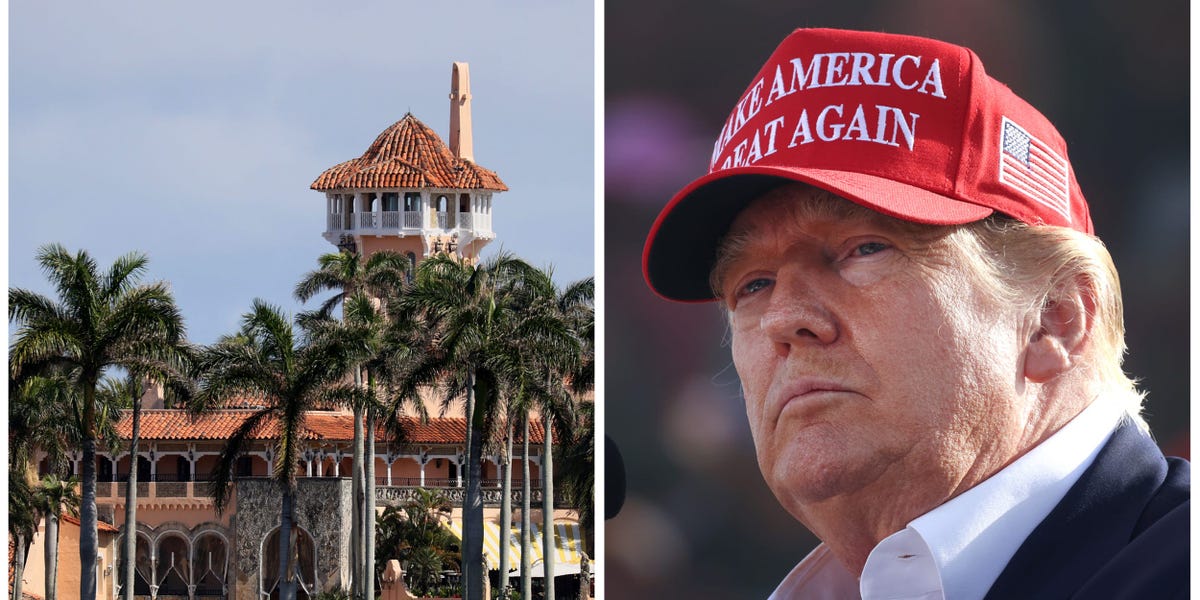 The FBI raid of former President Donald Trump’s home in Mar-a-Lago has drawn attention to Judge Bruce Reinhart, who signed off the search warrant.

MAGA supporters were incensed by the raid, calling for protests at FBI field offices and gathering outside of Mar-a-Lago.

Reinhart has also received violent and antisemitic threats since approving the warrant.

The judge’s official bio has been removed from the US District Court Southern District of Florida website — likely because of the threats he’s received, according to Palm Beach County State Attorney Dave Aronberg.

Here’s what we know about him.

Reinhart is a Princeton graduate with a bachelor’s degree in civil engineering and he earned his law degree from the University of Pennsylvania.

He is married to Circuit Judge Carolyn Bell, who was appointed by former Gov. Rick Scott, a Republican who is now a US Senator for Florida, the same week he was sworn in as a magistrate judge, according to Bell’s bio through the Palm Beach Bar Association. The couple shares two children.

He previously worked at the US Treasury as a trial attorney in the Public Integrity Section and at the Department of Justice as a senior policy advisor.

He also worked as an Assistant United States Attorney for the Southern District of Florida until 2008.

During his time as a federal prosecutor, Reinhart worked on the case against now-deceased Jeffrey Epstein, a convicted sex offender.

But, he switched sides in the middle of the case, quitting the US Attorney’s office and going on to defend several of Epstein’s employees. He later faced a lawsuit from several of Epstein’s accusers, accusing him of sharing information with Epstein’s legal team during the switch, The New York Post reported. He denied the allegations.

(Trump supporters have tried to weaponize Reinhart’s defense of Epstein’s employees despite Trump himself also having ties to Epstein.)

Reinhart went on to spend 10 years in private practice — during which he also defended Democratic Florida Congressman Tim Mahoney who was under investigation by the FBI after putting his former mistress on his campaign payroll.

Since his appointment as a magistrate judge in 2018, Reinhart is responsible for deciding if law enforcement presented probable cause for a crime and concluding whether a search warrant would help push the case forward, USA Today reported.

The judge is known to be detail-oriented at work and has played on both sides of the political aisle.

“He’s not going to make a snap judgment,” he added.

“Every time I brought a search warrant to him – and I brought many – he read it, digested it, and asked questions,” Cohen told USA Today. “He wasn’t someone who would sign off on it just because the government presented it to him.”

The thoughtful magistrate has been a political donor for both Republicans and Democrats — making his political views somewhat murky.

Politico reported that Reinhart donated $2,000 in support of former President Barack Obama — one half to his campaign and the other to the Obama Victory Fund — in addition to $500 for former Florida Republican Gov. Jeb Bush’s 2016 presidential campaign.

The outlet added that he’s also donated to several other candidates over the years, including some running for judge and state attorney positions and a Democratic candidate for the Florida House.

But, as Roger Stefin, a retired prosecutor, told USA Today, “Being a magistrate judge is not a political position.”

There’s no political equation” that goes into the approval of search warrants, Stefin continued. “It’s not whether someone’s a Democrat or Republican.”

Aronberg also told USA Today that the “whole backlash against him is unfair.”

“And it’s really damaging for our judicial system to have people believe that when a judge issues a search warrant, it must be for some nefarious reason,” Aronberg added.