Skip to content
Home » Raising Innovative and Entrepreneurial Kids: The Next Generation of Problem Solvers 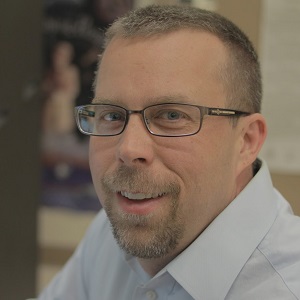 Raising Innovative and Entrepreneurial Kids: The Next Generation of Problem Solvers

How can you instill the skills and values of innovation and entrepreneurship in kids?

This week I’m joined by Don Wettrick, an award-winning middle school, and high school teacher and the CEO and co-founder of StartEdUp, which has a mission to empower students and teachers to apply innovation and entrepreneurship in the classroom.

He’s author of Pure Genius: Building a Culture of Innovation and Taking 20% Time to the Next Level, and also the host of the StartEd Up Podcast.

What Made You Start Teaching Your Students To Be More Creative?

The Rule of Thirds

How Do You Get Kids Excited To Start This Brainstorming Process?

Brainstorming with “Collect and Connect”

Do Fragile Young Brains Ever Get Discouraged?

Do Your Students Come up With Great Ideas That Are Too Big To Execute On?

What Advice Do You Have for Parents With Young Kids That Want To Raise Them To Be More Creative?

1. Help Them Produce More Than They Consume

2. Encourage and Support Learning When They Show Interest

Don’s #1 Tip for Side Hustle Nation

What Made You Start Teaching Your Students To Be More Creative?

“To be fair, it was a class that was born out of a TED Talk that I saw about 10 years ago from Dan Pink,” Don told me.

The idea of the class was to teach his students to find problems, acquire some skills, gain that mastery, autonomy, and purpose, and go do something.

Over the years, Don has seen it all. From developing apps and games to designing solar panels from FotoTec materials, learning how to knit, and everything in between.

Whatever the idea, the core message Don wanted to get across was the fact that it’s the inquiry.

“You can lead a horse to water, but you can’t make them drink,” he explained. “The class was about making you thirsty, but then doing something with it.”

The Rule of Thirds

Another thing Don does is always apply what he calls “a rule of thirds” when brainstorming ideas.

With these three things in mind, his students were able to create products and services to solve problems.

A great example of this is a product someone made for a competition Don’s involved in called Innovate WithIN.

A girl’s grandma would wake up several times a night from arthritic pain in her wrists and hands. She formed a team and created a working prototype of a glove that essentially slowly curls into a fist and opens back up.

It operates really slowly, not enough movement to wake her grandma. But keeps her hands and wrist limber so she doesn’t wake from the pain either. A really cool idea, and one that could potentially solve a pain point (literally) for tens of thousands of people.

How Do You Get Kids Excited To Start This Brainstorming Process?

“Everybody says that they’re excited about something, it’s the work,” Don told me.

Again, Don said his motivation came from Dan Pink’s TED talk. He watched it during his lunch period working at a school. When he returned to class he showed them the video and introduced the idea that on Fridays, they tell him what they want to learn. Things they’re passionate about.

When Friday rolled around, after a bit of brainstorming one student said he wanted to do “a sleep study.”

Don knew what he was getting at–the student wanted to take a nap. So, instead of saying no, Don encouraged him and told him it was a great idea.

This then sparked other kids in the class to speak up and say what they were really interested in, and Don encouraged all of them to challenge what they’re interested in.

“It was the most selfish class in the world, and I wanted it that way,” Don told me. That hour and a half class ended up becoming a new class of its own. Don called it Innovation and Self Learning, and things started to grow from there.

Brainstorming with “Collect and Connect”

Don used a tactic called “collect and connect.” It’s an idea he borrowed from one of his friends at Stanford, Tina Seelig.

This basically means you have a theme or a genre. You then collect as many ideas as you can from a class and connect two of the problems to a solution.

One of his favorite examples of this was a lesson where he started out saying, “Let’s whiteboard everything you don’t like about high school on the board,” Don told me.

He quickly gathered 35 of the most obvious things kids don’t like about high school. Don then asked them to double that number. This was a deliberate tactic to give his students the creative freedom to go beyond the obvious and get into the things that really bother them.

One student said his mom teaches down syndrome kids, but the class doesn’t know them as they have their own wing and they don’t interact with them.

“Immediately the tone of the class, like, ‘oh man, that’s wow’,” Don told me.

Another student brought up the problem that he gets tired in the afternoon and would like to have coffee.

When Don started connecting two problems and asking for one solution, the first student suggested his mom’s class make the coffee and they interact in the cafeteria.

Effectively coming up with a solution to both problems; getting to know the other class, and grabbing a coffee to push through the afternoon drowsiness.

Don gave his students the freedom to go and make this happen right away. He said he’ll always remember that day, as that was when his class made the leap from coming up with problems and finding solutions.

Another tactic Don used is a thing he calls the Roth IRA. It’s very different from the financial Roth IRA, he and his students came up with the acronym:

This framework revolves around people coming to the realization that they have an idea. Which then leads into an open discussion, or even a tussle when brought to a group.

The idea will then flow through the steps of the ROTH IRA outlined above. Regardless of the final outcome, it’s important to Don that people are able to talk about their feelings and take constructive feedback.

Do Fragile Young Brains Ever Get Discouraged?

“That’s the whole point of having this class day in and day out, it becomes a culture,” Don told me.

When a young student hears their idea is bad, Don said of three things usually happens:

This is why Don calls the Roth, the New Year’s resolutions, and the IRA part February. The workflow is talking about an idea, then having the time to iterate, reflect, and adjust it based on feedback.

Which Don thinks is awesome. Just creating the culture and stimulating ideas and debates is enough for Don. But he saw some kids were really serious about their ideas and saw they were onto something.

Another interesting point Don made was that his class was never intended to be an entrepreneurship class.

Until it became one as the focus was on solving problems.

He always tells his students, if by chance there is a market demand for their idea or they have the opportunity to sell it, they might as well.

Do Your Students Come up With Great Ideas That Are Too Big To Execute On?

Don also has a cool and innovative way to deal with kids that come up with ideas that may not work or are just too big for them to execute on right now.

First of all, he comes across problems he has no idea how to help with all the time. Don often open sources those problems and finds out what the best course of action.

Another thing Don tells kids in the Innovate WithIN contests to do – and something he does himself – is to record what he calls “3-2-1 videos.”

These are quick videos he usually records on his phone. Don goes over:

He said this has been invaluable for him. In fact, he wishes he would have done this when he was 19. Which is why he recommends this to students.

Don said he rewatched the video from just a year ago and can’t believe how naive he was.

What Advice Do You Have for Parents With Young Kids That Want To Raise Them To Be More Creative?

1. Help Them Produce More Than They Consume

Don’s advice is to encourage your kids to be more into producing than just consuming. Consuming is fine, in small amounts. But when a kid produces something, they’ve brought something to the world and not just reacted to it.

2. Encourage and Support Learning When They Show Interest

Don recommended reading a book called Brain Rules for Baby by John Medina. In this book, John (the author) explains from a neuroscience standpoint how to encourage kids to be more creative and involved in things they’re passionate about.

It’s also OK to allow them to fail, Don explained. He went as far as to say you shouldn’t cushion the blow or give them a participation trophy.

When they build something, you should also “resist the temptation of saying, ‘Oh, honey, it’s perfect’,” Don told me. Give them honest feedback.

Don said it’s more than just a pitch competition. Those who make it to the finals actually have to go out and work on making their ideas become a reality.

Don’s #1 Tip for Side Hustle Nation