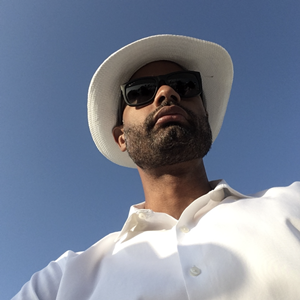 The 6-Figure Side Hustle Cleaning Up Parking Lots

This week’s guest started his side hustle with the goal of earning an extra $1,000 a month. Four summers later and it’s now a 6-figure business!

Blademir Hernandez is a Side Hustle Show listener who was inspired by Brian Winch’s story in episode 266 to start his business.

Brian built a $650k a year operation picking up litter and cleaning parking lots — something Blademir felt confident he could do, too.

Blademir reached out to Brian and ran the idea past him, before going out and finding property managers in his area to pitch his litter picking service to.

This story is a perfect example of what can happen when you take inspiration from a proven business model and execute your own game plan.

Tune in to The Side Hustle Show interview to hear how:

The Inspiration to Start Cleaning Up Parking Lots

Interested to know more, Blademir clicked through and read the article which was episode 266 with Brian Winch.

In that episode, Brian told me how he had turned his litter picking business into a $650k operation, and how anyone can get started and earn $30-$50/hr in their spare time.

“This is something I felt comfortable with and that I could do,” Blademir told me.

Blademir reached out to Brian and asked if he thought a similar business model would work well in his area.

Brain got back to Blademir and told him he could make it work, “anywhere where there are parking lots.”

This was all Blademir needed to hear. He had parking lots in his area, as most areas do, so he decided to start his business.

(Brian also sells a guide book on how to get started.)

Blademir said he started up his business as a sole proprietor and opened a business checking account, and got straight to work finding lots to clean.

He started by driving around his neighborhood approaching tenants living in apartments, operating businesses in commercial lots, and plazas with parking lots.

Blademir told me he would ask tenants for the phone number of the manager in charge of the lot.

When Blademir got on the phone with a manager, he would say something like:

“Hi, my name is Blademir, I’m a local vendor in the area and my company specializes in cleaning up litter and debris from parking lots. Are you interested in that type of service?”

Blademir’s first customer was one of the plazas next to where he lives. He called the manager and arranged to go in and talk to him in person.

It turned out that the manager was also responsible for eight other locations. Blademir said he was willing to give him a shot, and that was his first paying job.

There wasn’t a company already sweeping the lot, the tenants were actually doing it themselves.

So they were very happy to see Blademir turn up and start clearing the whole area.

To price up his first job, Blademir told me, “I walked along the property and said, ‘How long will it take me to sweep this parking lot?’”

After walking the lot and almost doing a dry run pretending to sweep the lot, Blademir estimated it would take him 15-20 minutes to sweep the area.

He then multiplied that by the number of days the manager wanted him to sweep the lot to get a monthly figure.

Blademir admits that he was questioning if it was worth his time. But seeing as it was his first customer and he wanted to get some experience, he was willing to do it.

Blademir submitted a proposal to the manager of the lot, and he received a signed reply agreeing to it shortly after.

Logistics and Cleaning the Lots

Blademir needs to clean lots when there are no vehicles so he can perform a complete sweep. This means either cleaning up late at night or early in the morning.

This is what makes this such a good side hustle, as you’ll be able to do it either before or after most regular day jobs.

When it comes to the actual cleaning, Blademir said he uses a blower, for the most part, to collect all the trash and debris in one place.

He then uses a rake and his Litter Licker scoop to collect all the trash and put it into dumpsters on site.

There are also a lot of service add-ons and other requests that come up while cleaning lots.

Some of the additional tasks Blademir commonly finds himself doing for an additional cost are removing illegally dumped items and removing trash if there isn’t a dumpster on site.

Scaling up and Taking on Hiring Help

As Blademir started getting more parking lots to clear it became more difficult for him as he could only do so many hours/day by himself.

Blademir told me it got to the point where it was, “becoming a little overwhelming.”

So, Blademir started bringing independent contractors in to help.

When working out what to pay contractors, Blademir explained that he decided he would take 25% of the job value for himself and give 75% to the contractor.

Blademir told me that wherever he would take on a new job, he would do it himself for a month before taking on a contractor and training them up to take it off him.

“It got to the point where I was like, ‘wait a minute, I will just hire another person and I will take a step back away,’” Blademir told me.

What Else Worked on the Marketing Front?

As well as visiting plazas in person and asking for the manager, Blademir performed a Google search to find commercial property managers in his area.

Blademir said he created a list of property managers and started to go through the list calling them up using the same pitch as in person.

A lot of managers would ask for more information, so Blademir would send them a flyer with more details about his business via email.

Something Blademir pointed out was that he had to make a lot of follow-up calls, sometimes 3-4 more calls to close the deal.

This form of “warm outreach” ended up working out well for Blademir as he landed a number of new clients. Most clients also managed multiple lots, so it also snowballed into more jobs.

“Being persistent and having a little script in the beginning,” was Blademir’s best tips for pitching clients.

At the time of the interview, Blademir had 30 lots on his books.

Blademir isn’t using a lot of tools and tech in his business, the tools he uses are:

Surprises Along the Way

“Every manager I come across, they give me different ideas,” Blademir told me.

The last manager Blademir spoke to asked him if he did retail cleanouts. He wanted Blademir to go in and clean out a property after the tenant leaves.

This is now a service Blademir is thinking about adding to the list of services he offers clients.

Blademir also only had a website made in January of this year, after being in business for about three and a half years.

Related: The Fastest, Cheapest Way to Start a Website for Your Service Business

Blademir was pleasantly surprised recently when he found out a client found him via a Google search. That client has 11 properties, so it could work out to be a big contract.

“I’m looking into drop servicing, where people can come onto my website and order from the site,” Blademir told me.

Blademir is still focusing on local businesses, but he has a goal to take his business nationwide at some point in the future.

Blademir is also still doing this as a side hustle around his day job. So far, he’s able to balance his job and his parking lot clean up business, but if his business continues to grow he may have to rethink that.

Blademir’s #1 Tip for Side Hustle Nation