Skip to content
Home » Wells Fargo Stock: It Could Be Worse (NYSE:WFC) 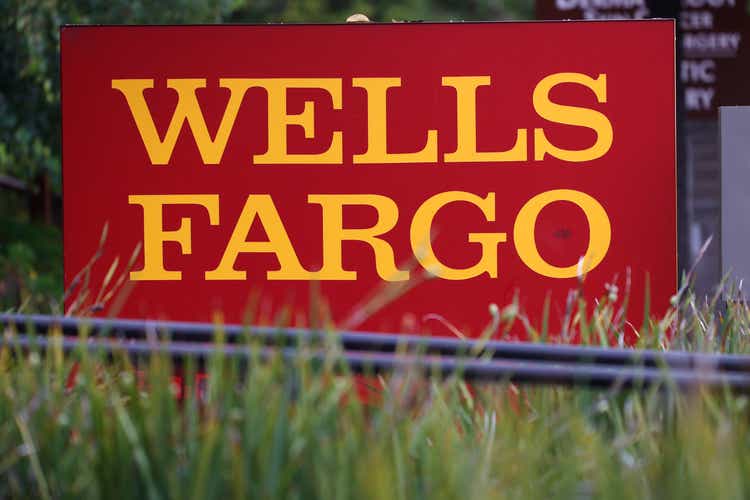 Wells Fargo Stock: It Could Be Worse (NYSE:WFC)

Here’s a question for you:

Is the banking industry performing well in 2022?

Don’t answer, because it’s a trick question. It really depends on what you mean by ‘banking.’

If by banking you mean the whole universe of services offered by the modern financial conglomerate, then the answer is “no.” Bank stocks are down this year and, for the most part, their earnings justify the declines.

But if by banking you mean retail banking, then the answer is “possibly yes.” Generally speaking, banks that focus on lending to individual clients have been growing their interest income this year. Their shares are down for the year, but their revenue and earnings are in many cases rising. For example, the Toronto-Dominion Bank (TD) (TD:CA) just put out its third quarter earnings, and delivered positive growth on both the top and bottom lines (using adjusted earnings in place of GAAP).

Before TD’s earnings release came out, I expected it to do much better than other Canadian banks. Why? Because TD has less investment banking as a percentage of revenue than its peers. Banks like Bank of Montreal (BMO) and Royal Bank of Canada (RY) are well known for their investment banking segments. TD, on the other hand, is first and foremost a retail bank. Wholesale banking, which includes investment banking and other things, made up only 7% of net income in the most recent quarter. BMO Capital Markets – which is almost exclusively investment banking – made up 9.4% of BMO’s earnings in Q2.

Canadian bank earnings season is mostly over, but U.S. bank earnings are still to come. Which makes this a great time to revisit a stock that hasn’t been getting a lot of press lately:

Wells Fargo (NYSE:WFC). Wells Fargo has a folksy image, with a brand identity based around horses and carriages. It’s all meant to conjure an old-time bank you can trust with your money, like a sheriff in a Spaghetti Western who protects the townspeople from bandits.

It’s a clever brand that seems to convey retail banking. But if you look under the hood, you’ll see that Wells Fargo is as much an investment bank as any other diversified bank holding company is. In its most recent quarter, Wells brought in $3.119 billion in earnings, of which $222 million was from investment banking.

In 2022, that’s not a good thing. Tech IPO underwriting business has all but dried up, as a result, big investment banks are posting large year-over-year declines in earnings. Over the last year, Goldman Sachs’ revenue has declined 10.7%. For more diversified financials, the declines are less severe. Wells’ own revenue decline in the trailing 12 month period was only 2.22%, but there are other financials like Bank of America (BAC) and TD Bank posting positive growth. Wells Fargo is not noticeably cheaper than either of those banks; given this, its stock is less attractive than other financial plays.

This year, Wells Fargo is seeing declining revenue and earnings. Most banks’ earnings are going down, due to rising provisions for credit losses (PCLs), but not all of them are seeing their revenue decline. To understand why that’s happening to Wells Fargo, we need to look at its recent financial results.

In its most recent quarter, Wells Fargo delivered:

Overall, it was a pretty bad quarter. The top and bottom lines declined, and GAAP earnings missed analyst estimates. There wasn’t a whole lot to get excited about. However, companies can have bad quarters and bounce back from them. Sometimes, things turn around. To gauge where Wells Fargo is headed in the future we need to look at its mix of business.

According to the Bank’s latest earnings release, WFC operates in these verticals:

Each of these segments breaks down into smaller sub-segments, the most significant declines occurring in:

The huge revenue bleed in the corporate segment was also a big drain, although that’s mainly an internal segment that exists to support operating segments.

The decline in investment banking was predictable. Many U.S. investment banks are heavily involved in underwriting tech IPOs, and that business is all but gone now. Tech stocks are out of favor, making it undesirable to go public in today’s environment.

The massive decline in home lending does not appear to have been inevitable. U.S. home sales are down, but other banks are reporting declines in mortgage origination much less severe than WFC’s. For example, in its most recent quarter, Bank of America reported only a 25% decline in mortgage and home equity loans. It even mentioned some positive mortgage related growth within the wealth management segment. Wells Fargo’s decline in investment banking revenue is about in-line with what other banks are seeing, but it’s doing worse than necessary in home lending.

The weakness in WFC’s investment banking and mortgage segments will likely continue. Rising interest rates take a bite out of the stock market, making IPOs less desirable, and they make homes less affordable, holding list price constant. The Federal Reserve plans to keep hiking rates, with massive asset sales to begin next week. Given these factors, we should expect Wells Fargo’s earnings to keep declining until at least the first quarter of 2023 – the earliest possible date at which the Fed may start easing.

Having looked at Wells Fargo’s performance and future prospects, we can now turn to its valuation. It’s this factor more than any other that leads me to consider WFC stock just a hold. Although WFC’s earnings are declining more than its peers, it’s not really any cheaper, so it’s hard to justify picking this stock over TD, BAC, or any other bank that’s still growing.

According to Seeking Alpha Quant, WFC trades at these multiples:

These are pretty low multiples, but when we look at the same multiples for Bank of America, we see that it’s only a tiny bit more expensive. For example, BAC’s earnings multiple is 10.63, just a fraction higher than WFC’s, but it’s actually growing its revenue, and has a 10.76% return on equity, compared to WFC’s 10%. The comparison doesn’t look flattering to WFC, although the latter is cheaper when compared to book value.

As we’ve seen, Wells Fargo is a relatively cheap stock that unfortunately just doesn’t stack up all that well compared to its peers. Other banks are just as cheap while performing better – it seems like an open and shut case. Nevertheless, there are some risks and challenges for investors to keep in mind, beyond the ones I’ve already mentioned.

First of all, there are big risks to shorts here. Banking is already out of favor this year, with the sector having declined 15% year-to-date. There is a very real chance for banks to recover when the economy starts growing again. High interest rates tend to be good for banks, as long as they’re parallel along the yield curve. This year, the yield curve inverted, so banks didn’t reap huge profits off the higher rates. But if we have a future recovery where the rates plateau at a historically high level while no longer rising, then the economy could modestly grow and bank profits would surge along with it. In this scenario, the rising tide of the industry might lift WFC, even though it’s weak compared to its sector.

Second, there are risks to longs beyond the ones I’ve already discussed. A key one is brand damage. Wells Fargo’s reputation was damaged by an account fraud scandal in which it was accused of opening fake accounts to hit sales goals. It also got fined for excessive overdraft fees. Bloomberg claimed that these scandals contributed to WFC retreating from the mortgage business. Earlier in this article, I observed that Wells was losing more mortgage business than Bank of America was. That corroborates Bloomberg’s claim. If Bloomberg is right that the damage from the account fraud scandals is causing WFC’s retreat from mortgage origination, then the bleeding needn’t stop there. A loss of public trust can have far-reaching consequences.

The bottom line about Wells Fargo is that it has most of the characteristics people like about banks: a cheap valuation, high profitability, and a stable dividend. It merits a place inside a diversified portfolio of bank stocks. However, if you were to throw a huge chunk of your life savings into just one bank, you wouldn’t pick Wells Fargo. It’s relatively weak compared to its peers.